With the passing of another Winter, I think it is fair to say that,  we are all quietly excited about the oncoming Spring! So again you are probably wondering what we have been up to in the garden at Reveley.

The short answer is quite a lot.

Believe it or not, I was getting a little bit concerned regarding the lack of truly winter weather. Its not that the Scot in me has been pining for another truly  Scottish winter, feet deep in the white stuff, but rather the gardener in me is  happy at the thought of many of garden pests get bumped off with the cold. Thankfully some arrived just in time.

The biggest project to date in my short time at Reveley Lodge has been this winter’s tree and hedge reduction project. We started in Dec and called it to a halt in mid February, with the onset of the start of the year’s other duties. Last summer we took expert advice and selected a number of trees  to be removed from the woodland area. Previously a large number of trees were all planted up at the same time, and so just as in forestry, we needed to select and remove some , in order to let the best flourish and grow into healthy shapes.

Along with some of the volunteers, Lesley, Julia and I have taken down close to 20 small trees and reduced  a lot of metres of hedge line. Now granted, 20 sounds a bit drastic in anyone’s book but many were not much  thicker than your wrist. Soon we are having another  four taken down professionally. This work is being paid for from funds raised from the fruit, veg and cut flower sales over 2018. So a big thank you to everyone who has supported us with the Thursday pop up shop.

I am delighted to say that according to K C, our beekeeper, all four of his hives have survived the winter. Apparently this is the first time that all four have survived a winter,  in many years. He thinks that the previous year’s tree work to get some winter sunshine, warming  the hives helped keep the bees warm which has  been key to their success. All the team at Reveley are quite chuffed with the results.

The roses have already been pruned in January . This year as you go around the Rose Garden, you will hopefully notice that we are introducing some perennial planting to bring some bio diversity and change the character of this area and add other colours too. We can all do with a bit of a change every now and then!

And what lies ahead I hear you say! We do have a couple of new projects starting shortly, but you will have to come and see them for yourself. Well that would be telling wouldn’t it!

We hope to see you soon in the garden at Reveley.

Thoughts from the Gardener’s Bench – Autumn 2018

Thoughts from the Gardener’s Bench – Spring 2019 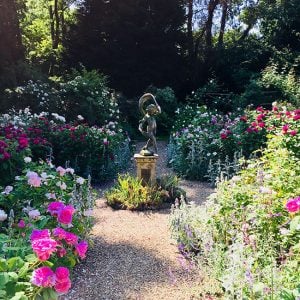 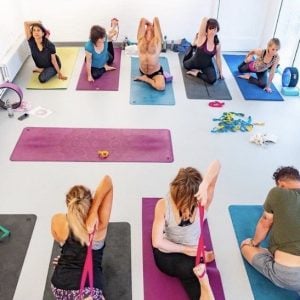