Tulipa: A group of perennial bulbs that produce goblet shaped flowers on top of strong upright stems, grown for their vibrant colour displays in late spring.

Want to find them at Reveley? Look on the terrace outside the conservatory, the long bed at the end of the lawn and most of the borders. Tulips are divided into 15 divisions mainly defined by their flower characteristics – single or double; cup-shaped, bowl-shaped or goblet-shaped; fringed, parrot or lily-flowered; long, slender-petalled or star-shaped.  See how many different types you can identify in the garden at Reveley, look out for goblet, parrot, dwarf and flame shapes.

Tulips are an excellent choice for formal displays, especially when planted together with Forget-Me-Nots (Myosotis), or wallflowers (Erysimum). Tulips look good planted in containers and some varieties such as Tulipa sprengeri can be naturalised in grass.  The dwarf tarda varieties wouldn’t look out of place on a rockery.  Tulips also make an excellent cut flower.

Tulipa bulbs should be planted at a depth equal to two to three times their height from mid – late autumn, discard any damaged or mouldy bulbs – in full sun in fertile free draining soil.  If you want to use the same bulbs the following year it is usually safer to lift them about six weeks after flowering when the foliage has turned yellow.  After the bulbs have been cleaned and dried they can be stored in a dark well-ventilated place until the autumn.  If your border is likely to be baked in full sun in summer you may be lucky and get away with leaving the bulbs in the ground all year.  The dwarf varieties may flower without lifting.  If you do plan to lift your tulips remove the flower head as soon as it is finished flowering to prevent the plant from putting it’s energy into producing a seedpod.

Tulip fire is the main disease to be aware of: leaves may grow distorted or twisted soon after appearing, withering and failing to develop; or as brown spots on leaves which can resemble scorching; or as spots on flowers causing them to rot.  Unfortunately the only solution is to dig up and destroy the bulbs.

Tulips originated from Turkey, as the trade routes widened in the sixteenth century they were imported into Holland becoming so desirable that they triggered the famous Dutch tulip mania – the bulbs became equal to currency changing hands for vast amounts of money.  It is reputed that when Carolus Clusius (regarded as the founder of the Dutch flower business) wrote the first major book on tulips in 1592, they were so popular that bulbs were regularly stolen from his garden.  Let’s hope that doesn’t happen at Reveley, although the squirrels have a lot to answer for… 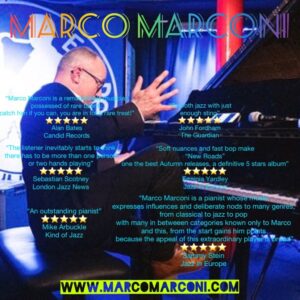