Welcome to our tree trail. Use the map to follow the trail around the garden and learn more about our amazing trees.

An ancient species native to the Andes mountains of South America the Monkey Puzzle is thought to have been a food source for dinosaurs during the Jurassic period. Given its name by the Victorians who thought that the branches would be tricky for even a monkey to climb up. Our Monkey Puzzle is a female one – we can tell this from the round cones at the very top of the tree.

A conifer with drooping branches and soft blue-green needles. Cedrus deodara is the national tree of Pakistan. The name “deodar” comes from Sanskrit meaning “timber of the gods” and the tree is sacred to the Hindu religion.

Brought to the UK by the Romans. Ours is a black mulberry producing delicious juicy berries in late summer. King James I famously planted thousands of mulberry trees in his palace grounds as food for silkworms in order to produce silk. Unfortunately for the King he had mistakenly planted black mulberries and silkworms only like to eat the leaves of white ones.

A species of cherry native to China. Prunus serrula is prized as an ornamental tree for its shiny copper bark which peels away in strips. Another unusual feature of the bark are the large horizontal scars there are called lenticels and are breathing pores allowing the tree to exchange gases with the environment.

Native to the North Eastern USA and highly prized for its timber. The sap from the Liquidambar tree has been used for glue, soap, medicine and even chewing gum. The very large five pointed leaves turn a spectacular range of red, orange and yellow in autumn.

The Beech is native to the South East of England. The Copper Beech is very distinctive with its dark purple wavy edged leaves and smooth grey bark. In spring the new leaves emerge pale green and then later change to purple.

Native to the Himalayas and Hindu Kush mountains, the Bhutan pine was first introduced to the UK in the 1820s. Its long blue-green needles are very soft to touch. Look out for the banana shaped cones that emerge in the summer.

One of Britain’s iconic trees, the oak can live up to 1,000 years old. Our oak tree is approximately 27 metres tall and estimated to be 130 years old. 2020 was a “mast” year when all oak trees produced many more acorns than usual. A mast year happens every 7-10 years and during a mast year a single mature oak can produce as many as 10,000 acorns.

Native to China, Japan and Korea. Known as the “wedding cake tree” because the horizontal tiered branches of this graceful tree are said to resemble the different layers of a wedding cake.

Native to the Southeastern USA, this tree was first brought to the UK in 1726. Unlike other Magnolias this tree is evergreen. In spring and summer look out for large white scented flowers (“grandis” meaning large and “flor” meaning flower in Latin) followed by unusually shaped seed heads during autumn and winter. 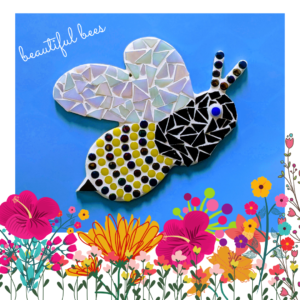